In the UK and for over 100 years, corruption has been a criminal offence that can be levied against individuals working within companies, companies themselves or public bodies. The 2010 Bribery Act paved the way for companies to be criminally charged over bribery allegations as well.

Clifford Johnston have earned a reputation for professionalism and attention to detail which is integral to building a successful defence against such serious charges. We have great experience in defending businesses and business directors from such charges, often related to forms of alleged corporate fraud.

Our Business Crime Solicitors provide the highest standards of legal representation and advocacy and as such we are positioned perfectly to help when faced with accusations of bribery or corruption, even with the most complex and sensitive types of offence.

Section 7 of the Bribery Act 2010 makes it an offence for a company to bribe another with the intent of obtaining or retaining business or to gain an advantage in business.

If you have been arrested or face charges for Bribery or Corruption as a business or an individual, then contact our teams in Manchester or Stockport today. Engaging the services of Clifford Johnston and Co. offers you the optimum chance of securing a positive outcome. Our credentials speak for themselves, having seen us shortlisted as finalists for Crime Team of the Year at the Manchester Legal Awards in both 2019 and 2020. 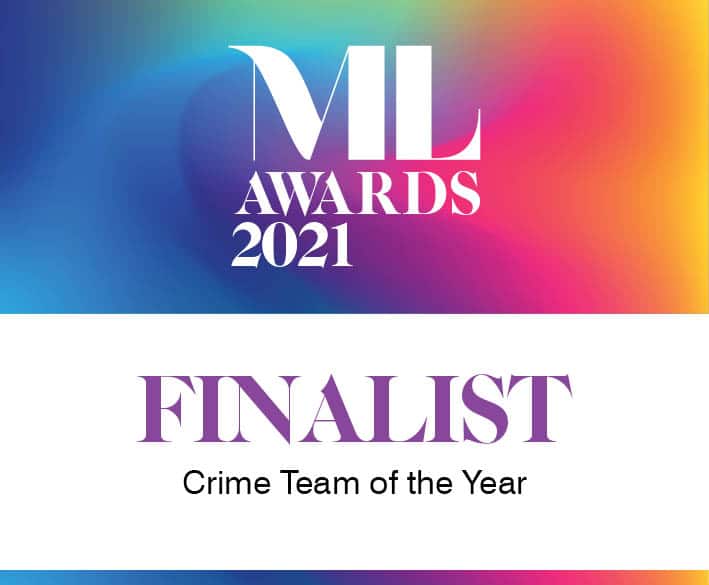 Example of a Bribery case

The first conviction after trial for an offence under section 7 of the Bribery Act 2010 was that of Skansen Interiors Ltd who were convicted of failing to have adequate provisions in place to prevent bribery.

Two directors received prison sentences for offences under the Bribery Act 2010, and the company faced this offence under section 7.

What did they do?

The allegation was that the company paid a large fee to obtain confidential information to give them an advantage when tendering for an office refurbishment project.

A new CEO launched an internal investigation when he became aware of the arrangement and he implemented a new anti-bribery policy.

Despite that policy being put in place one of the directors still tried to make the final payment on the arrangement. As a result, the company self-reported to the police and National Crime Agency.

What about the directors?

Was there an alternative to prosecution?

By self-reporting the company could have been offered an agreement to pay a fine so that they would not be prosecuted if they complied (a Deferred Prosecution Agreement).

In this case the company was, by then, dormant so they could not have paid. Although the prosecution was queried by a Judge, the decision to continue with the prosecution was made to send a message to small companies that bribery needs to be taken seriously, and to make sure that procedures and policies were put in place by them.

What was their defence?

The offence under section 7 relates to a company failing to prevent bribery, the company relied on the defence that they had “adequate provision” in place but were convicted after trial.

Is there guidance anywhere for my business?

How can we help?

If you face an investigation or proceedings involving the Bribery Act or any criminal offence alleged against your company, contact our specialist Business Crime Solicitors in Manchester or our Criminal Defence Team in Stockport.